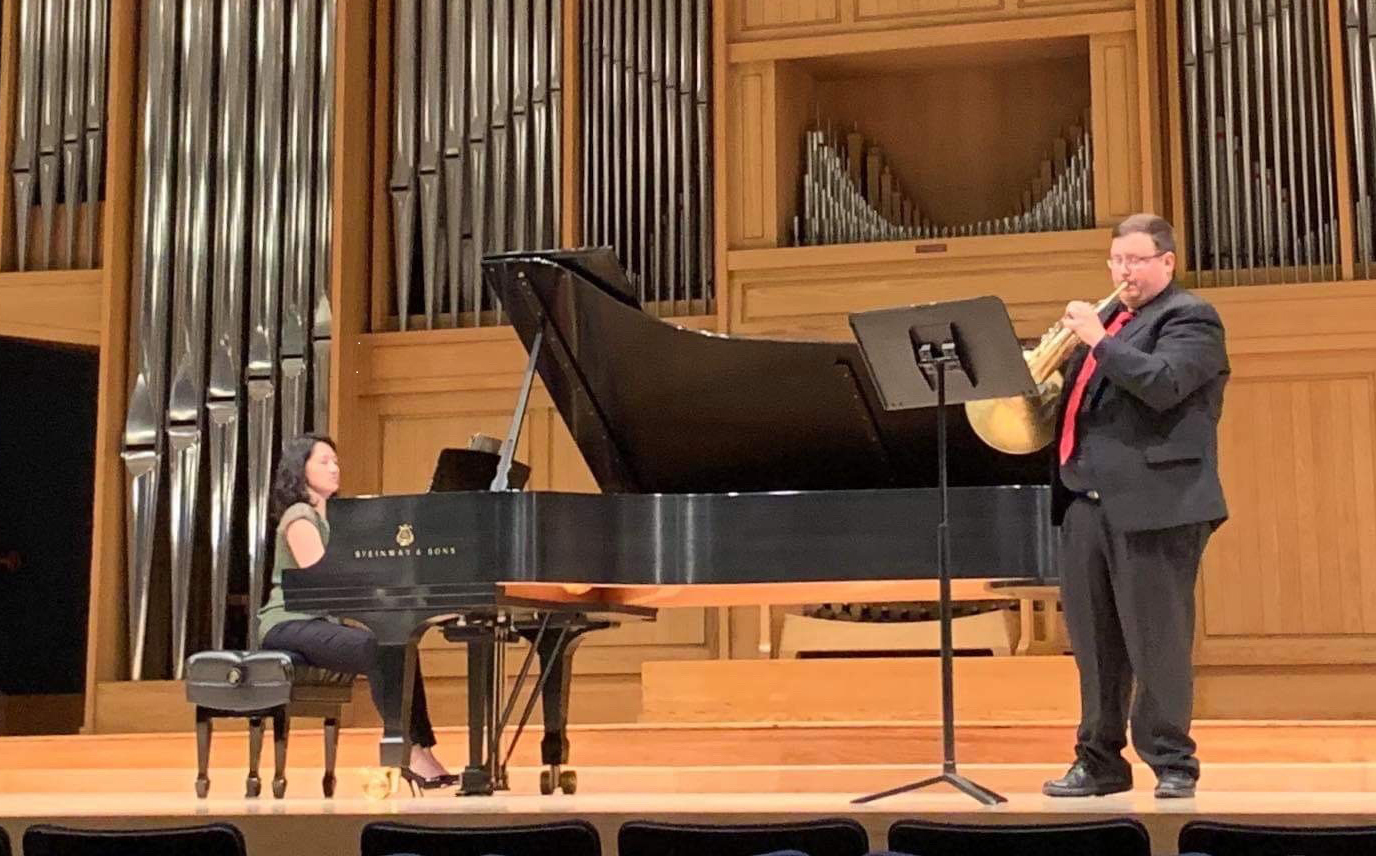 Matthew Meadows performs during a duet with French horn and piano at the International Horn Competition of America.

The big, bold voice of the French horn inspired Matthew Meadows. Now his passion for mastering the instrument has brought him recognition in international competition.

When he was in seventh grade in Jasper, Meadows saw an opportunity for a bargain in his school band. He came away with much more -- a life-defining and award-winning passion for playing the French horn.

Matthew Meadows performs during a duet with French horn and piano at the International Horn Competition of America.

"I actually started on trumpet, and then after the Christmas concert of my seventh- grade year, my teacher asked if anyone wanted to try the French horn," Meadows said. "I decided to try it because it looked cool, and the school owned one so I wouldn't have to rent an instrument. And I fell in love with it."

Meadows, now a UA first-year graduate student, won second prize in the university division of the International Horn Competition of America in September in Fort Collins, Colorado. He rose above more than 100 other musicians competing at his level to make the final four. And he did it playing an instrument whose sound inspires him.