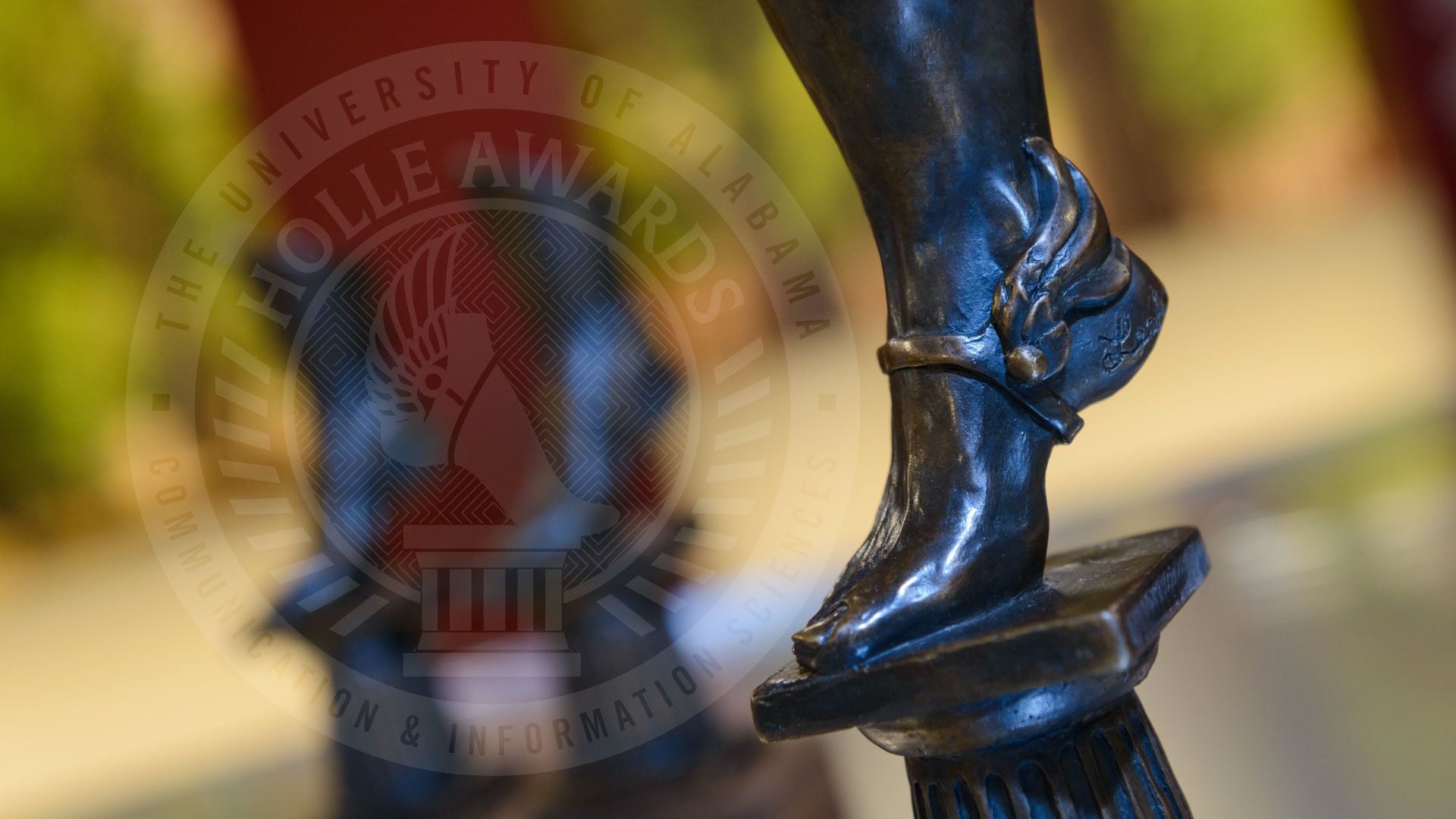 The Holle Award for Excellence in Public Speaking is awarded to UA's Will Sansoucie, whose persuasive speech on the importance of preparing for retirement displayed excellent talent in speech writing and delivery. The award is accompanied by a $10,000 cash prize.

The awards are designed to celebrate and reward student achievement in the areas of creative transformation, filmmaking, media writing, public speaking and screenwriting. The Holle Awards are named for Brig. Gen. Everette Holle, a1950 graduate of The University of Alabama, who served as an announcer, director, writer and producer during his 40-year career at NBC 13.

Click the students’ names below to read their stories:
WS
William
Sansoucie