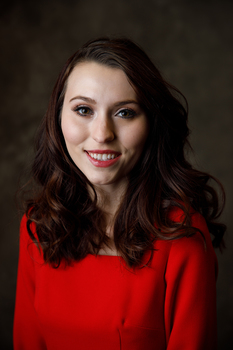 University of Alabama student Emily Adams has received the 2019 John F. Ramsey Award, which honors students with broad humanistic interests who have exerted a positive influence on his or her contemporaries.

The intellectual pursuits of Adams, a history major, has taken her mind to some of the hot spots of contemporary culture - particularly the policy issues that led the United States into covert territory during the Cold War. As part of the University Fellows Experience, she is working on a research paper titled "Ethical Espionage: The Role of Covert Operations in a Democratic Government." The research will help her in her goals of studying law and working to explain and influence U.S. policy.

In addition, she has worked on research pertaining to Civil War monuments in the South, resulting in a paper titled "The Lost Cause: How to Perpetuate a Myth"; the history of Marion, Alabama, for a tourism brochure; and the legends surrounding Alexander the Great. Her exploits in both ancient and recent history reflect her upbringing in a home that valued knowledge and her deep respect for history.

Adams' commitment to scholarship has impressed her mentors deeply.

"Her motivations are intrinsic rather than merely extrinsic," said Dr. Erik L. Peterson, assistant professor of history. "She wants to know, really know something about the world. She's willing to work hard to grasp that knowledge."

In addition to her academic pursuits, Adams served as founding president of the Food Recovery Network on campus and received the College of Arts & Sciences Most Outstanding Sophomore award, as well as the U.S. Customs and Border Protection Roger L. Von Amelunxen Scholarship.

Her parents are Joseph William Adams and Melissa Adams.

Click the students’ names below to read their stories:
EA
Emily
Adams