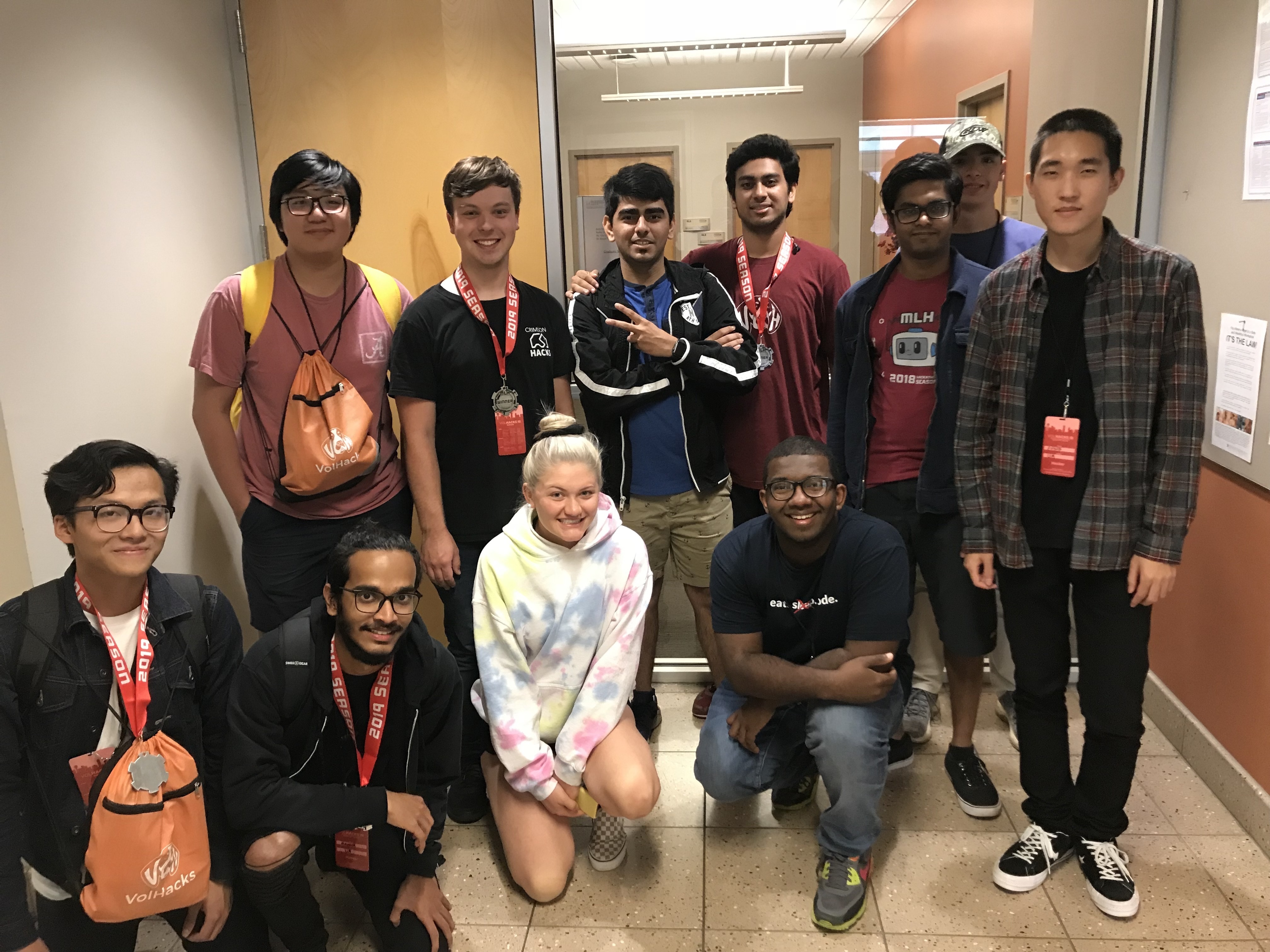 Several UA College of Engineering students participated in a hacking competition at the University of Tennessee called VolHacks.

VolHacks 2018 was held in Knoxville, Tennessee, on Sept. 28-30. This annual hacking competition involved students from all over the country competing and using programming and design skills to create software projects.

Three UA projects created during the 36-hour event received awards, which were overall first place, second place and Best Duo Hack. Seventy teams participated in this year's competition including 13 Alabama students, 11 of which competed as part of UA Association for Computing Machinery and two students who competed individually.

Mayank Agarwal, a computer science major from Surat, India, graduating in 2021, won first place overall with his program "Qlink Music," a music sharing app that allows people to quickly link to music and share it with friends regardless of what app they use to listen to music. In addition to first place, Agarwal also received two of the competition's sponsored awards for Best Mobile App and Best Use of Google Cloud Platform.

"VolHacks was an amazing experience I was so excited to win the two sponsor prizes that I didn't even see the first prize coming, especially after witnessing so many other awesome projects," Agarwal said. "I'm really happy with how my app turned out. Demoing it to the judges and other students was very exciting, and I'm glad my hard work paid off."

A three-person team of computer science majors, Amber Gupta, a senior from New Delhi, India; Thien Sn Duong Do, a freshman from Saigon, Vietnam; and David McCoy, a senior from Hendersonville, Tennessee, placed second with their creation of "Diff Pic." Their program is a web browser tool that compares images and shows the difference between versions of an image over time.

"It was surprising, but we were incredibly excited to get to go up and demo our app during the awards," McCoy said. "There's so much innovation and so many exciting ideas shown off at a hackathon that you're never sure how your project really looks. So, that's part of the uncertainty. We were happy for the judges and other students to connect with our app and like using it."

The Best Duo Hack award was given to two UA students, Kayla Hamilton, a sophomore computer science major from Howell, Michigan, and Mason McVicker, a sophomore electrical engineering major with a computer engineering option from Aurora, Colorado. Their program "Bama-Food-Trucks" allows students to track the food trucks on UA's campus throughout the day.

The ACM student hackathon travel team will compete again in November at Vanderbilt's VandyHacks Competition and hopes to continue their successes.

"It felt great going to my first hackathon and actually be able to convert an idea to a good app. Thanks to my team, now I am super excited for VandyHacks," Gupta said.