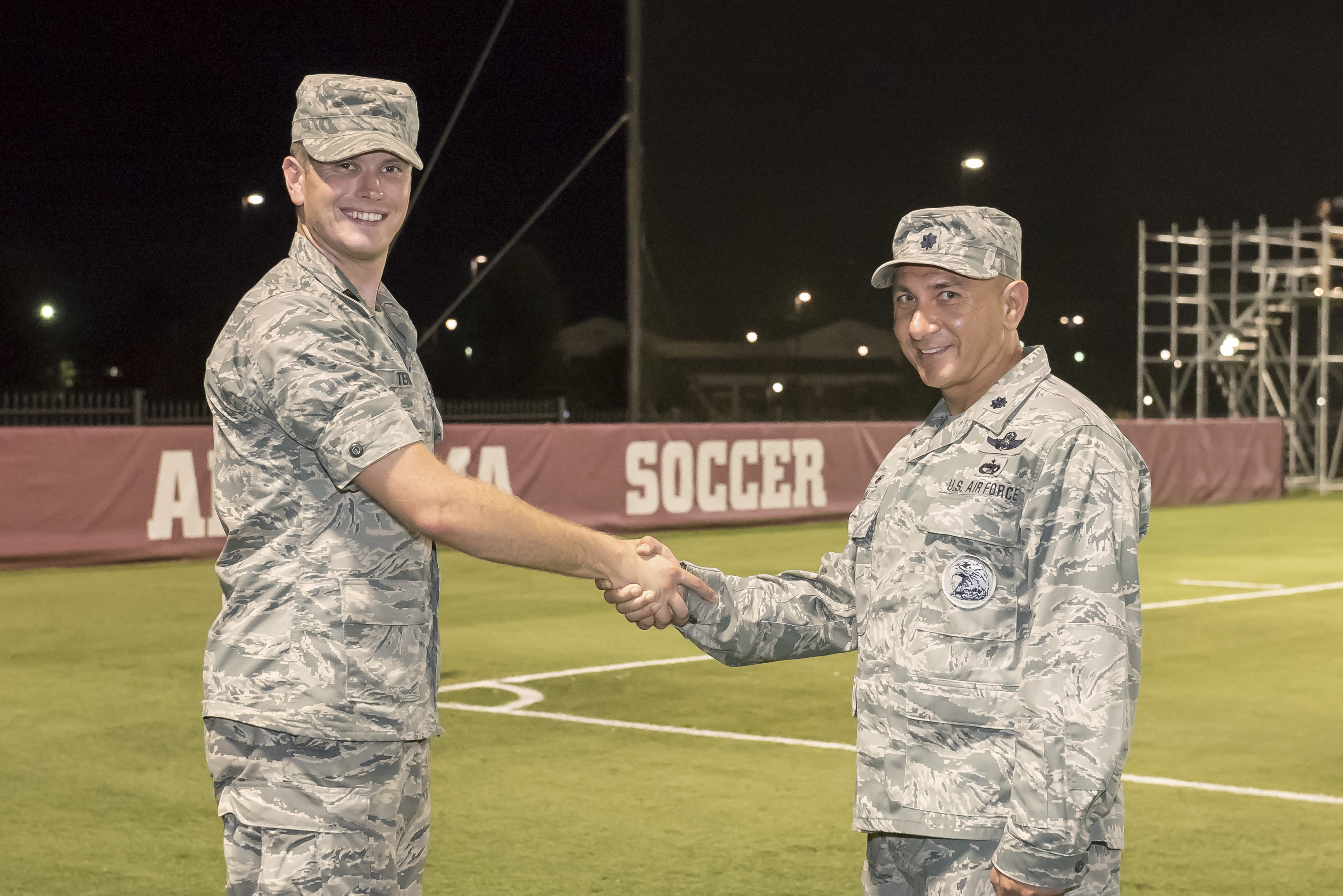 University of Alabama undergraduate student Richard Terry, left, is congratulated by Lt. Col. Mark Valdez, UA AFROTC commander, after Terry was sworn into UA AFROTC during a ceremony at halftime of UA's home soccer match against LSU on Sept. 21.

Terry and 19 other UA students were sworn into UA AFROTC on Thursday, Sept. 21 at "Bama Salute," a UA Athletics-sponsored event that honors active duty military members and veterans at various UA sporting events throughout the year.

The UA cadets were sworn in at a UA soccer game in front of nearly 700 people, an unusual but celebrated venue and audience, as contracting ceremonies are typically low-key, with family and other cadets and ROTC cadre present.

Click the students’ names below to read their stories:
RT
Richard
Terry